These are the best spiders that I have discovered from 2009. 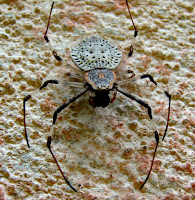 A large female Herennia ornatissima (a.k.a. H. multipuncta) spider on a hostel wall in Tawau Hills Park. A group of these Ornamental Tree Trunk Spiders are living on this wall. Seems like they have left their natural habitat and adapted to living here for some reason. 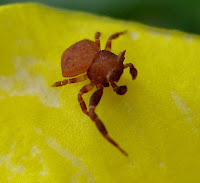 A tiny male Crab Spider that looks like a Carnotaur. The females are yellow, larger and camouflage themselves on this species of Allamanda flower. Try to spot the female in camouflage
This species is very common in Sabah Tea Garden because Allamanda plants are widely planted there.

A long Slender Crab Spider, a type of running crab spider. 47mm from tip of front legs to the tip of back legs. Philodromidae Spiders does not seem very common here in Poring Hot Springs.
http://www.projectnoah.org/spottings/7534206 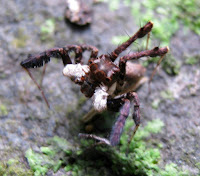 Spiders of the Portia genus are scientifically researched for their intelligence. These spiders use their cunningness, skills and camouflage to hunt other spiders. This is my first Portia spider discovery, found in Ranau Poring Hot Springs. http://www.projectnoah.org/spottings/11480278 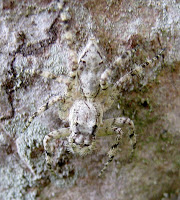 A jumping spider from the genus Phaeacius.
Phaeacius spiders have evolved to master the art of camouflage, they are professionals in blending themselves into their habitat - tree barks.
So far this is the only species I found that camouflages itself on a palm tree trunk. So far I could not find this species in Sabah, this one was found in a garden in BDC, Kuching, Sarawak. 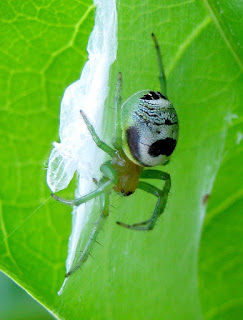 Scientific name: Araneus mitificus
Common name: Kidney Garden Spider.
Also found in BDC. This spider does not rest on the center of it's orb web, but instead builds a silk-lined sanctuary (just like jumping spiders) on the nearest leaf to the web. I had a hard time trying to get the spider out from it's silk home. I tried using small twigs to poke it out but it fought back by spraying tough silk to glue the stick onto the leaf.
I had to use my last resort, that is to destroy it's silk sanctuary. It gave up and came out after it's home is partly destroyed, as seen in the picture on the right. Another species that is new to me. 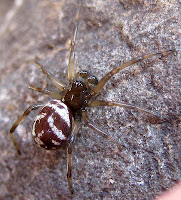 A Zodariidae ground spider found underneath a stone. They are very common on the stone path on the hill of Aristo inn. This species is possibly a Storena sp. They can be easily found underneath loose stones on this path. Photo on the left shows a young male, the one below right is a male adult. 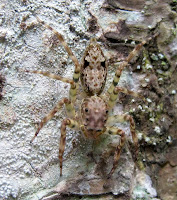 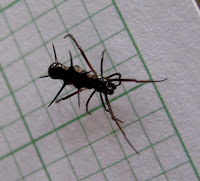 This strange tiny black spider is a Phoroncidia lygeana, one of the rarer spider species of Malaysia. As you can see, it is equipped with 6 spikes on it's abdomen for defense. Body length measured 5mm. Another spider found by spider photographer Amir Ridhwan here http://www.flickr.com/photos/labah-labah/3262183394/ 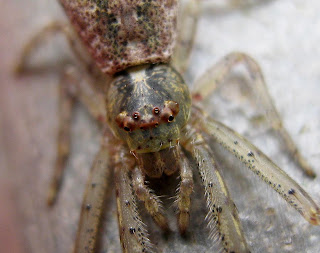 Another amazing discovery that I have made. I have always wanted to find a Tmarus Crab Spider and this is the first and only time I have seen one. Tmarus Crab Spider can be distinguished from other types of Crab Spiders by their resting pose. This one is not moving, apparently waiting to ambush an unwary prey. More pictures of this spider can be seen here http://www.projectnoah.org/spottings/7652325 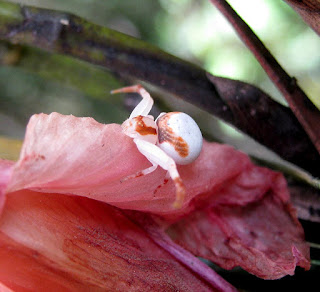 A beautiful but deadly arachnid I have found on a red flower in Kinabalu National Park. This is also a Crab Spider or also known as Flower Spider for their habits of ambushing victims that are attracted to the flowers. This species has changed it's colors to adapt and camouflage itself on the petals of this flower. This is one of the most beautiful spider that I have ever seen in my entire life. More photographs of this spider from other angles uploaded here in Project Noah http://www.projectnoah.org/spottings/7876139 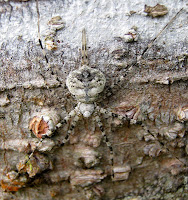 This spider is the only Hersiliidae species that I have found in Kundasang. Also known as the 2-tailed Spider, these group are specialized in camouflaging on tree barks.They are easily distinguishable by their extraordinary long spinnerets and short 3rd pairs of legs. They wait still on the tree trunk waiting for small insects to climb by near it then it traps them by spinning silks around them by running around their prey.