Travel to 贺州 He Zhou 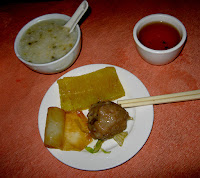 Today, we will be going to 贺州 He Zhou. But before that long journey, we will get a taste of Chinese breakfast first. This is our first breakfast in China for this trip. 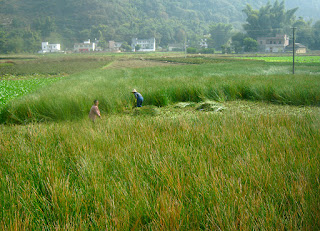 He Zhou is a land of farming. Chinese government let them use the land if only they will use it for farming. 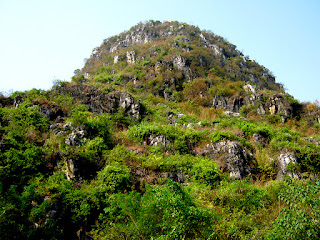 Our reason for coming here is to visit a cave there. The cave is called 七星岩 Seven Star Cave. This cave is famous around China for it's beautiful, bizarre and artistic stalagmites and stalactites.

This hill on the right is the hill that we are heading. The cave there is our destination in He Zhou. It is very colorful inside the cave. It is not the rocks that are colorful, it's the different colored lights that shines on it to make it beautiful.


There are myth, stories and names for almost every strange looking rocks in the cave. Here are some pictures I took inside the cave : 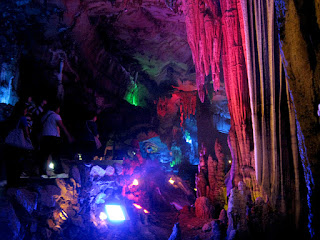 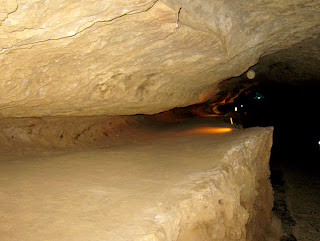 This is the Dragon's Bed. This hole is very long, that is why the myth is that the dragon sleeps here. 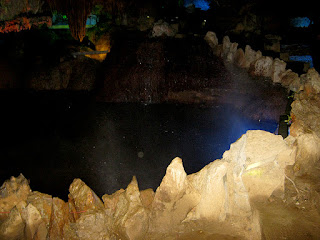 Tiny stalagmites formed around the cave water underneath. 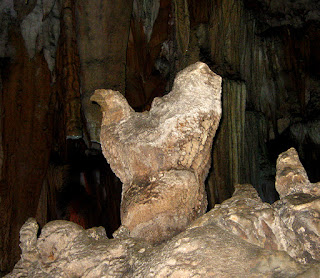 Hen turned into stone by Medusa.

After the cave, we stayed in 贺州国际酒店 He Zhou International Hotel. 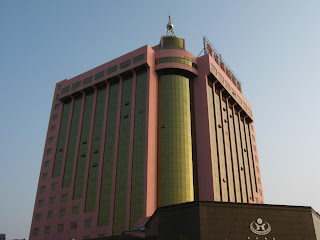 We took a walk around He Zhou street after checking in the hotel. He bought some fruits. 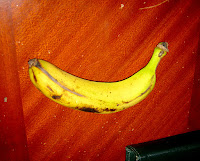 The banana there is very delicious. As sweet as the good quality Malaysian banana and cheaper. 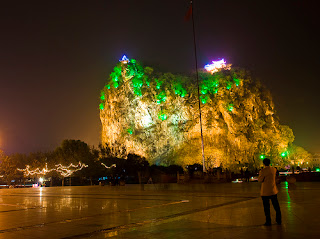 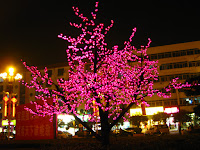 That night, we were brought to a park called 灵峰广场. Many people are exercising, dancing and playing. There is a lion dance nearby too. The park is illuminated by trees with bright bulbs on it's branches.
The hill nearby is lighted up brightly by spotlights.

That is all for today, tomorrow we will be heading for Gui Lin.
Posted by Wong Chun Xing at 11:46 AM