We woke up early in the morning and met with our tour leader, Mr Frederic Cham in Kota Kinabalu Airport Terminal 2. We left Kota Kinabalu and headed directly to Shen Zhen, China in an AirAsia Airlines airplane. There are 16 of us joining this tour package. All of us are Malaysians. Two are from Kuching, Sarawak. The rest are from Sabah.
After about a couple of hours later, a man announced that we are reaching Shen Zhen Airport. We looked outside the window but we saw nothing. Everything is white. A building appeared, then came another. The view outside are blurred. I realized that it is hazy in Shen Zhen. The haze is very thick. I hope the haze won't ruin our trip. 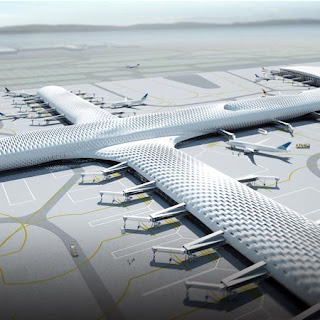 After the plane stopped, a bus called cobus came to pick us. We were driven to the arrival hall. After passing the immigration counter, we are greeted by another tour leader. She is our tour leader who will introduce and tell us about the places we are going. Our tour bus came to pick us at the airport and we were brought for lunch. We ate in a Hakka restaurant called 机汤客家餐厅. The foods are delicious, especially the vegetables. They are more tasty than the veges in Malaysia.

After eating, we had a few hours drive to our next destination, a Dumpling Factory in 肇庆 Zhao Qin.
The factory is called 肇庆裹蒸棕 Zhao Qin Dumpling Factory. There are all sorts of dumpling ingredients there. Different types of mushrooms, nuts and sticky rice. 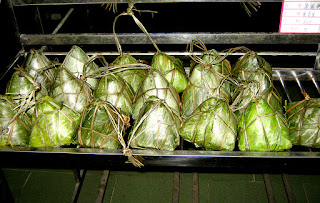 After that, we visited 肇庆星湖 Star Lake in front of Dynasty Hotel. We took a boat ride around the lake. The lake guide talk to us about the lakes and the hills around it. She said sportsman came here for swimming exercise. 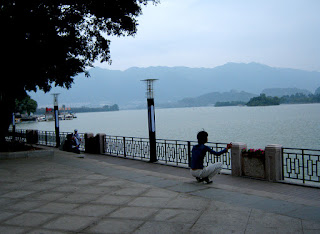 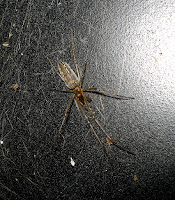 I found the common long-jawed spider at the lakeside. It is very common there, but we don't have it in Malaysia.


After our boat returned to shore, the sky is already dark. We stayed in 高要麗晶大酒店 Gao Yao Regent Hotel and ate our dinner there.

Some photos I took back in Shen Zhen : 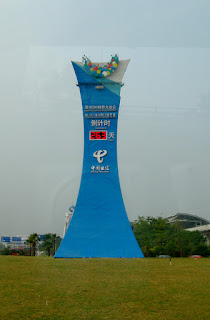 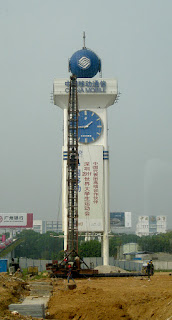 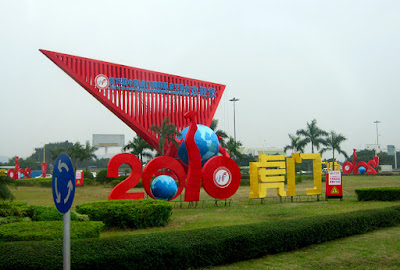 A beautiful roundabout telling us about the 15th China Humen International Fashion Fair.
Posted by Wong Chun Xing at 11:50 PM